When you get to be our ages, it seems like time has flown by.

Sit there and watch a clock tick. Does it tick any faster or slower?  One-One Thousand-Two-One Thousand-Three-One Thousand… Time passes at the same speed it always has. The perception of time depends upon how busy you are and how occupied your mind is. If you’ve nothing to do, you’re bored, and you’re watching the clock, time seems to pass slowly like it did when we were kids.  You’d be sitting in class on a hot afternoon anticipating school being out for the summer.  Then—school would be out and time would fly by.  Busy versus not busy.  Having a good time versus not having a good time.

Boomers lament the passage of time much as mankind always has.  We regret how much time is gone.  Yet, we forget to make good use of the time we are handed.  Time is such an easy element to be reckless with, yet it is the most valuable commodity we have.  You can always make more money.  You cannot make more time.  Think about it—as we use up time it is gone forever—like the sands of time in an hourglass.  God doesn’t add sand. We treat time as a tangible element we can put our hands on.  Yet, it slips through our hands with fluid precision.

There is a healthy way to look at time. It is always good to make the best use of time— however, it is also healthy to relax and not fret about the time, especially if you’ve been working hard all your life.  If you’re in retirement or darned close to it, view time as the situation warrants, and stop looking at your watch and the calendar.  Retirement and a calculated slowdown are good elements to have going for you.  Slow down—just don’t stop.  Without purpose and activity we wither away and die.

For one thing, time is something most of us have been careless with most of our lives.  We throw time to the winds because we perceive there’s always more of it when in fact our clock starts ticking the minute sperm meets egg inside another human being who also has just so much time.  God loads the hourglass and our lifetime begins.  When we are young, we perceive we have all kinds of time.  Old age is way out there in the future.  “I wonder what it will be like when I am old…” especially when some old guy comes hobbling past us with a walker or in a wheelchair.  Man…

I recall my mother’s 50th birthday…in 1973.  It was depressing because I saw her as growing old when in fact she had a whole lot of time left.  She had a good productive 10-15 years left before dementia robbed her of her mind and identity.  She lived in a mental cocoon in her last years—a safe haven where she didn’t have to worry anymore.  She could gaze into space and surface only as desired with a sense of peace in her eyes.  She passed peacefully in her sleep at age 84.  My dad, who was a heavy smoker, didn’t have as much time because cigarettes were his vice and were taking a toll on his cardiovascular system.  And, no matter how many invasive procedures he had performed—bypass surgery and stents—he just couldn’t quit. He had such a peaceful look in his eyes when he took a drag and exhaled.  The room would be full of second hand smoke.   Heart disease took him at 72 when, otherwise, he would have lived well into his nineties.  He was a hearty soul with a rugged constitution.  He just could never give up that burning passionate experience of a good cigarette.  He’d sacrifice time for the pleasures of a cigarette.  When I cleaned out his work shop after he passed, I was stunned at the ashes all over the floor.  A good cigarette was worth more than time.

How we treat ourselves has a very large effect on how long we live.  Those of us with a passion for sweets operate at a disadvantage.  As long as the cookie jar is full, we are happy and content—that is until we stand on the scale and look in the mirror at our naked asses.  Some of us are cursed with rotten genetics and have that going against us all our lives.  High blood pressure, diabetes, cancer, dementia, and other elements that can shorten our lives as it did our ancestors.  In that light, we just have to do the best we can with the life we’ve been given. 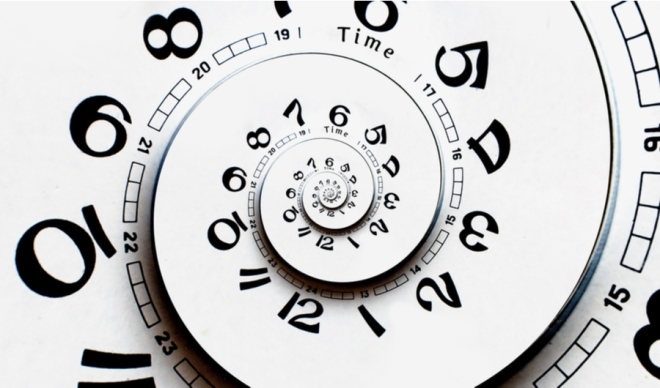 We take time for granted or we tend to view it as a curse.  As young people, we take it for granted.  “I’ll think about that tomorrow…” as so it goes.  Tomorrow comes and we seriously consider putting whatever it is off to next week.  That’s human nature unless you’re a high productivity Type A personality.  Then, it becomes everything to get it done and move on to the next big project.  The older we become, the more urgent things become when, in fact, we need to slow down and stop pressuring ourselves.

In old age, there are a lot of regrets—things we perceive we should have done.  My advice is to get in the things you can and stop fretting over the things that are suddenly out of reach.  That trip to Europe.  Building your dream home.  Moving to paradise whatever your paradise is.  That’s called acceptance and finding peace in it.  Again, we’re given only so much time—and life has a way of getting in the way and using up a whole bunch of it.  That great American novel I’ve been thinking about writing?

I’ll think about that tomorrow.