Do you remember the first time you heard this song by The Beatles?  I was at the cusp of adolescence in the mid-1960s, wondering what life was going to be like when I turned 64.  Sixty-Four was way off in the future and I had little time nor interest to think about growing old.  Fast forward to 2020…  I just turned 64.  Aches and pains.  A fraction of the strength I had at half this age when I was once as strong as a bull moose.

These days, I think about growing old—a lot…

The way we think at 14 is considerably different than how we think at 64.  When we are young, we don’t have the experience and wisdom we will have gained by age 64.  The wisdom and experience we have at this age come from a culmination of things we’ve been through over a lifetime.

It’s like being five and being told “don’t touch the stove, it’s hot…” and knowing the darned thing is HOT at 64.  Sixty-Four is a mixed blessing of wisdom and the depressing nature of growing old.  At 64, you’re a survivor and hopefully have kept your mistakes to a minimum.  With any luck, you are surrounded by people who love and admire you who will always stand by you even if you’re slumped over in a wheelchair.

I’ve always had a soft spot for the elderly—probably because I was raised by and hung out with old people when I was growing up.  I am also sensitive to the vulnerability of the elderly and little children.   I lived in an apartment complex in Arlington, Virginia across from Fort Myer overlooking the Potomac.  In those days, there were plenty of federal retirees who were enjoying the benefits of the Federal Housing Act with a nice place to live.  I had the good fortune of an incredible grandfather, Lt. Paul Proctor, who was retired from The White House Police Force (Secret Service).  He was tough, but also kind and gentle with a little boy who had thousands of questions. 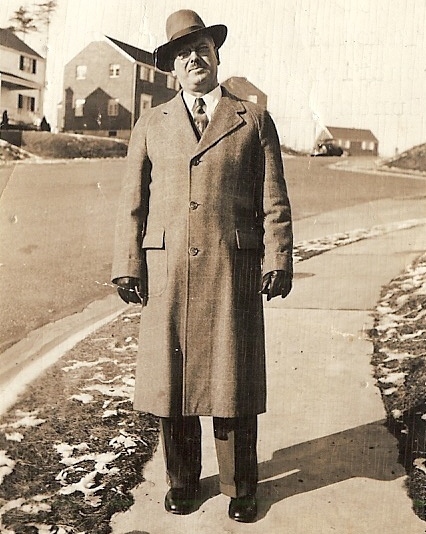 With great patience, my granddaddy answered my questions and showed me the ropes.  When I had questions, he had answers.  “Granddaddy, what holds water in a toilet bowl?”  He’d respond, “A toilet bowl is like an elbow, like the trap like you see under the sink, only it is made of china…  It holds water…”  He understood the raw curiosity of a little boy and took the time to explain.  My sister and I felt safe with my grandmother and grandfather.  They took care of us during some very tough times.

My grandfather was well read, experienced—and had been through a lot.  He was a man of great faith and suggested we practice the same.  I knew every church in Arlington, Virginia because he made the rounds and knew everyone.  By the time I arrived in 1956, he was 62, old and sick from a heart attack and colon cancer.  He lived another 10 years and died at age 72 on a spring evening in 1966.  He will be forever missed and his positive affect on my sister and me will be forever felt. 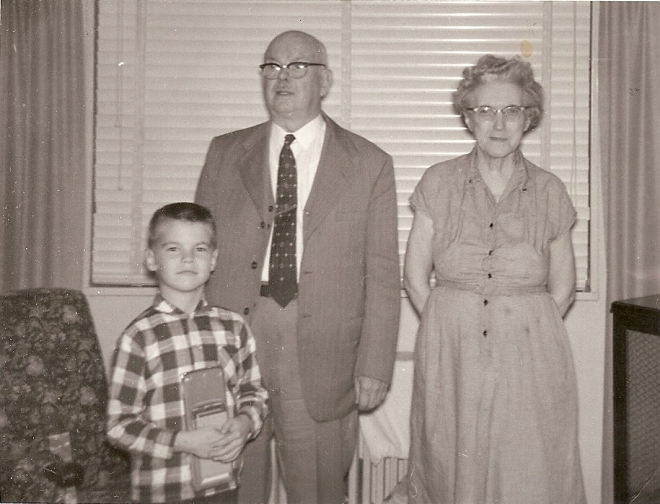 When I think of being 64, I think of the values we were taught growing up.  Simple courtesies lost to the winds through time.  My grandfather was an extraordinary mentor and the quintessential gentleman.  He always reminded us the magic words were “Please” and “Thank You.”  There were no exceptions to this rule.  You just did as he suggested.

Not enough of that today I am afraid.

There were simple telephone courtesies that were extended to my mother who passed them along to us.  My mother was a stickler for telephone courtesy.   “May I please speak to…” and “One moment, please…” were to be practiced anytime we used the telephone.  Anytime I called someone and said, “Is so and so there?”  I was promptly corrected and informed how to ask for someone.  My mother was an operator at the Chesapeake & Potomac Telephone Company, also known as C & P.  She had telephone etiquette down to a science and you had better remember that.

My mother also practiced the King’s English.  It’s like fingers on a chalkboard whenever I hear people speak—or attempt to speak—today.  Our language is so trashed from what it used to be.  It has become the norm.   Whenever I hear a news anchor end a sentence with a preposition—example, “this is where it’s at…” my mind spins off the rails.  Another one is, “I’m all done now…”  My mother always said, “Cakes are done, people are FINISHED…”  I’ve never forgotten her command of the English language and how important it was.  It formed who I am now.

It also leaves a lasting impression of who you are.

I find myself comparing the way we were brought up in the 20th century the way kids are brought up now—and wonder whatever happened to society.   We’ve lost those simple courtesies my grandfather and my mother practiced.  What’s more, we’ve become decidedly foul-mouthed.  Hearing a news anchor say “shit” on national network news was an eye-opener recently when even “damn” was unheard of at one time.  My grandfather didn’t even care for the word “guy” when we were kids.

I can lament how I’d like to see us return to a different time when people understood the practice of respectful disagreement.  However, society has become so polarized we’ve managed to put aside common decency and regard for one another.  We’re downright nasty with anyone who doesn’t agree with us.   Politicians have become stunningly disrespectful with the American people and with each other.  Corruption is the worst we’ve ever seen from Washington.  Sound bites from Washington resemble a heated confrontation on the Jerry Springer Show or Maury.  People attack one another instead of having a civilized discussion.  But then, it just wouldn’t be entertainment were it not for conflict.  Haven’t we seen enough reality TV?

As my former mother-in-law, Lucile, so often said, “Don’t let them tell you how to act…”

As I crest 64, I think of that song and its words a lifetime ago.  I suppose a lot of us do.  It gives me food for thought on a hot summer night when I reflect on what my elders taught me long ago.  As my granddaddy so often said, “If you’ve nothing kind to say – say nothing at all…”

If I’d been out till quarter to three
Would you lock the door
Will you still need me, will you still feed me
When I’m sixty-four

I could be handy, mending a fuse
When your lights have gone
You can knit a sweater by the fireside
Sunday mornings go for a ride
Doing the garden, digging the weeds
Who could ask for more

Every summer we can rent a cottage
In the Isle of Wight, if it’s not too dear
We shall scrimp and save…

Every summer we can rent a cottage
In the Isle of Wight, if it’s not too dear
We shall scrimp and save
Grandchildren on your knee
Vera, Chuck and Dave

Send me a postcard, drop me a line
Stating point of view
Indicate precisely what you mean to say
Yours sincerely, wasting away

Give me your answer, fill in a form
Mine for evermore
Will you still need me, will you still feed me
When I’m sixty-four