Consider society in the good old days versus the here and now.

Such freedom today, I tell you.

Freedom to do what you want when you want.  Staying up all night.  Driving as fast as you want regardless of conditions.  Thumbing your nose at  law enforcement.  Informing the boss you will be in whenever it suits you.  Making a left turn from a right turn lane.  Blowing the red light.  Ignoring a stop sign.  Closing the elevator doors on someone trying to enter because you’re in a hurry.  Parking in a disabled space.  Marching up there to get your diploma without having to attend school and actually earn it.  Stepping over the ropes at Disneyland and walking right up to the front of the line.  Being rewarded for doing absolutely nothing.  Going to the beach and patronizing crowded night spots when there’s a global pandemic, and not wearing a mask or practicing social distancing.

How’s this new “no rules” approach to life working for you?

But hold on…someone just kicked your front door in and wants to rob you at gunpoint.  They’re also demanding your car keys.  Call the cops, right?  Nah—hold on a minute.  The new rule is no rules.  No order.  No police.  No hope.

You are void of options because there are no consequences for the bad guys.

Your freedom.  Your rights…  That’s what it’s all about, right?  No one’s going to deprive you of the freedom to do whatever you want when you want.  So—unless you’re able to beat the crap out of the model citizen who’s broken into your home and trying to harm you, you get to lose your valued possessions and—well—at least you have your freedom.

Free to do what we want.  How dreamy.  However—not free from the consequences.

You weren’t planning on this break-in when you were demanding freedom and being able to do what you want when you want.  It just shook out that way.  Rules were for others.  That works until you become a victim of a decaying society—then, it begins to suck.  Rules—laws that govern society—have always been there to maintain order and ensure your safety.  Without some kind of order, the relative peace and security we enjoy in America goes away.  Then—we’re under anarchy where anything goes including the violation of your safety

In 1968, when society was unhinged over the Vietnam War, equality issues, and the bloody establishment, Senator and Vice President Hubert H. Humphrey reminded us in a speech that society without order cannot stand.  Young people at the time viewed HHH as a stuffy old establishment politician with old-fashioned views while they were frolicking in the tulips and getting all that free love.  Free love often turned into the responsibility of a baby or perhaps sexually transmitted disease.

There are no free lunches—someone always pays.

Humphrey was right.  A society without order cannot stand.  Look at the mess we’re in now.  Here we are again more than a half century later bemoaning the same issues that were bugging us in 1968.  There were those who wanted unlimited freedom and those who understood why rules exist.  People want the freedom to do whatever they want—and without the consequences.

It has never worked that way and never will.

Rules have always existed in great societies for the safety and security of citizens.  And—for those who have refused to follow the rules, there have always been those prickly consequences.

The United States is facing the worst pandemic it has seen in over 100 years.  One-hundred years ago, Americans understood and followed disease prevention protocol because it was just good common sense.  One-hundred years later, we’re decidedly spoiled, with politically motivated leadership that’s more concerned with getting votes than it is saving lives.  Human life has been thrown to the four winds.

Agree or don’t, we lack good solid, consistent direction from the top down.  Instead, we’ve gotten a very confusing message on many levels of government on how best to handle a global health emergency.

Government has failed us.

Most of the rest of the civilized world has understood how best to handle a deadly pandemic and made the sacrifices necessary to manage the deadliest pandemic in a century—but not the United States.  Instead, the new rule has been no rules both on a federal level and in states where COVID has spun completely out of control.  Despite the number of sick and the increasing number of dead from coast-to-coast, denial continues despite raw evidence of just how deadly this pandemic is.

How’s that “no rules” thing working out for you?

When I look at states most affected by COVID, I look at misguided policy on both state and local levels.  States with priorities mired in political agenda have the highest infection rates and deaths.  Such is the price of freedom—getting what you want when you want.  That goes for politicians who put money and politics ahead of human life.

This isn’t all on the carelessness of politicians, by the way.  California has had a very aggressive COVID management program from the get-go when Washington never had a national plan to begin with.  Governor Newsom took charge and managed the COVID emergency, beginning with lockdown orders, beaches, public venues, and businesses ordered closed, mask orders, and strict monitoring.  This policy was very effective and it kept COVID at bay.

When California began lifting stay at home orders, it was like that scene in “Jaws” on the beach where the Mayor Vaughn (actor Murray Hamilton) of Amity Island strongly suggested one of his political cohorts take his family into the water.  The man and his family approached the sea with great caution and slowly ventured into the water.  Hundreds then roared into the water kicking and splashing.  Wasn’t long before a child and a man in a rowboat were killed by the shark.  Think of the shark as Coronavirus and beachgoers as average Americans doing what they want when they want.

It’s the same thing on a metaphoric level. 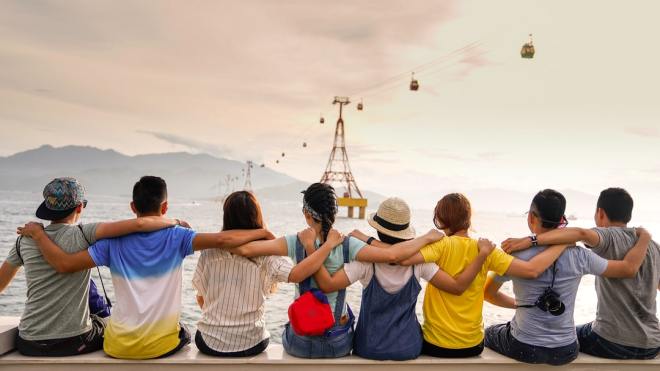 States that have lifted restrictions remind me of another scene from “Jaws” in the hospital emergency room where Chief Brody (Roy Scheider) grabbed Mayor Vaughn by the arm, drew the drapes, and said, “You’re the mayor of Shark City, these people think you want the beaches open!”  The mayor didn’t want the beaches closed because it would upset the locals and cost him votes.  Politicians who want to open everything back up, get kids back in school, lift stay at home orders, and get businesses open are doing it at the expense of human life, much as the mayor did—and that’s all it is.  It doesn’t matter what side of the aisle you’re on—this is just wrong.

Managing COVID has never been about taking away our personal freedoms.  Quite the contrary.  Accepting personal responsibility for controlling this disease has always been about living or dying.  The personal decision to follow stay at home orders, wear a mask, exercise social distancing, use a hand sanitizer, and limiting travel is the difference between living and dying.

You get to choose.

One thought on “The New Rule Is No Rules!”