Do you have friends you’ve never dreamed you’d be without—“adopted” brothers and sisters who’ve become extended family through the years? I think of long-time friends as soulmates—kindred spirits who’ve become an inseparable part of my life.  The biggest challenge for me as a friend has been the need to do a better job of staying in touch. I have a profound hearing loss, which tends to keep me from the telephone.

Thoughts often turn to those who have flowed in and out of my life.

Does this ever happen to you?

There are friends you’ve never thought would fade away because you’d done so much together.  You’ve worked with them.  Been neighbors.  Traveled together.  Taken cruises together.  Slept in the same tent or crashed in the same hotel rooms.  Dirtied the same towels together.  Gotten drunk together.  Seen them through both pain and good fortune.  Watched them raise kids.  Grieved losses with them.  And – enjoyed many a cookout together.

Life’s stories with great friends become endless and ongoing and you just can’t get enough of them.  One day—they move away, take a new job, retire, become seriously ill, or cultivate other interests and you drift apart.

Perhaps it was you who moved on…

It seems once a close friend or neighbor moves away, your relationship is never quite the same though you each have the best of intentions.  Distance sometimes does that.  Staying close takes commitment and tenacity.  Rare is the acquaintance who stays in close touch.  Sometimes, you find yourself reaching out, yet the reception is lukewarm.

It aches and it hurts – and becomes a profound sense of loss.

I’ve been in the publishing business for 37 years and I’ve lived all over the place.  Not all moves have been career.  I left my home in Maryland to enter the United States Air Force at the age of 21.  I returned to Maryland for a short time following military service, then began pursuing a career as an automotive journalist and historian.  I was handed the opportunity of a lifetime at age 28.  It opened the door to the rest of my life.

There has been the heartbreak of divorce—two of them.

Sometimes, moves are just wanderlust—the desire to be someplace else.  I’ve lived in places I’ve hated.  I’ve lived in places I’ve loved.  My most favorite place in the world is the American heartland—the Great Plains.  In particular, St. Louis, Missouri.  The Illinois prairie.  The rolling hills of Missouri and Iowa.  Incredibly flat and wide-open Oklahoma.  The Texas low country.  I will always have a deep passion for Mid-America.

There’s no place I’d rather be.

The American heartland is real.  It loves.  It hates.  You always know where you stand for better or worse.  People are genuine.  They become your friends and there’s no doubt you will keep those connections for the rest of your lives.  They will always stay in touch.  The prairieland gives and it surely takes.  Winters are harsh.  Transitional seasons can be hell with violent weather.  There’s either no rain or more than you ever wanted.  Weather patterns in the American heartland teach us Mother Nature is in charge.  She’s always there to remind us.

The Midwest is life in its most genuine form.

In all these moves, I’ve lost treasured friends who just faded away.  Extraordinary friends stay close regardless of circumstances.  Like homing pigeons, they always fly home.  You’ll be watching a movie or working in the garage and the phone rings, “Hey Jimbo!”  They’ve returned and you pick up right where you left off.

When I think of lifelong friendships, I think of a brother in arms back home in Maryland—Karl Endlich.  We met through a passion for classic Ford Mustangs.  We launched The Eastern Shore Mustang Association.  He was 17.  I was 25.  We met and just clicked.  We’re now considerably older now—each with health issues—but hell bent to hang on.  Karl has always called Maryland’s Eastern Shore—the Delmarva Peninsula—home.  He was brought up there and never left.  His passion is farm implements, making love to the soil, and watching life spring from the dirt.

Karl and I met and have been the best of friends ever since.  We understand each other in an extraordinary way.  We share a passion function.  Doesn’t matter what it does long as it functions.  Karl once said to me, “It is when a whirling mass of titanium steel blades spin in a circle, ignition and fuel are applied, and that whirling mass of steel becomes a living, breathing thing.” Karlie was talking about the Rolls Royce RB211 turbofan jet engine, which has powered a number of jetliners including the Boeing 747, 757, 767, and the Lockheed 1011.

Karl and I have gone for years and not spoken.  Yet, we always pick up right where we left off and will burn up a phone line for hours.  Subject matter?  Anything…  We have very similar beliefs though we don’t always agree—and that’s okay.  Karl has turned up with cancer and is fighting it with everything he has.  He’s tough.  He’s a shore boy and that’s all you need to know.  We will always be brothers.

The time I spent in the USAF yielded another lifelong buddy—Lt. Col. Doug Jantzen, who was my sponsor, my boss, and ultimately my neighbor at my first and only duty station at Altus Air Force Base, Oklahoma.  Doug and I became the best of friends, and for a long time.  We met in November of 1977 and never really lost track of one another.  He showed me the ropes of C-5 Galaxy and C-141 Starlifter aircraft.  Few knew these aircraft better than Doug.  If Doug couldn’t fix it, you might as well throw it away.

He could fix anything…

I’ve lived all over the place as had Doug.  He served his country like few have.  He tied his heart and his mind to three things—his wife, Sherry; the United States Air Force, and God.  Fierce commitment to what he believed—Sherry, God and Country.  Doug served his country for 41 years and was mandated to retire or he would have stayed in the USAF until he expire.  He loved the Air Force and the people he worked with.  There wasn’t anyone who didn’t love Doug.  When he retired, people came from all over the world to Columbus AFB, Mississippi to witness this event.  Few ever stay as long as he did. 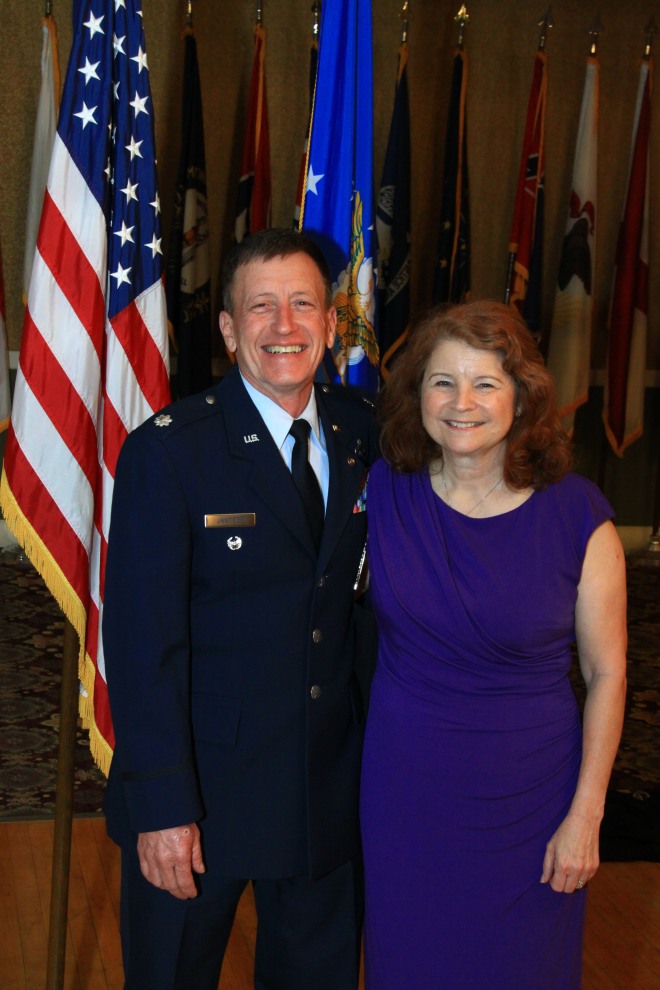 More unfair was Doug’s diagnosis with a brain tumor seven months into his retirement.  He fought a tough fight for two and a half years with Sherry at his side, then, passed and returned home to God.  Doug was a loyal friend and for a long time.  He always managed to find me, and I always managed to find him.  He’d call and I’d hear his all too familiar voice, “Jimmy Boy, this is Doug…”  And so it went for a long time.

If ever you’ve served with someone, they become a brother for life. 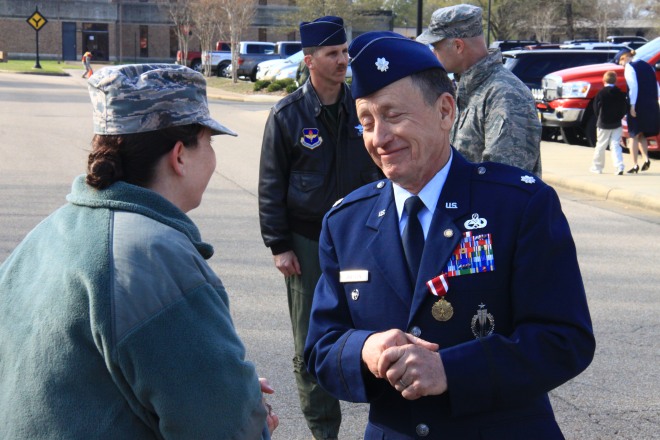 And finally, there’s my high school sweetheart, Robin Kramer, whom I’ve known since 1974.  We were young, in love, and had a lot to learn.  She loved me to a fault and I was decidedly self absorbed.  We both moved on and found love in other people.  Had she and I married, she never would have met Terry – and Terry was a good man who worshiped Robin.  They had it good for 24 years until Terry was lost to a massive heart attack.  It devastated her like nothing ever has.  I wasn’t sure she would even survive the grief.  However, Robin has always been a unique kind of survivor. 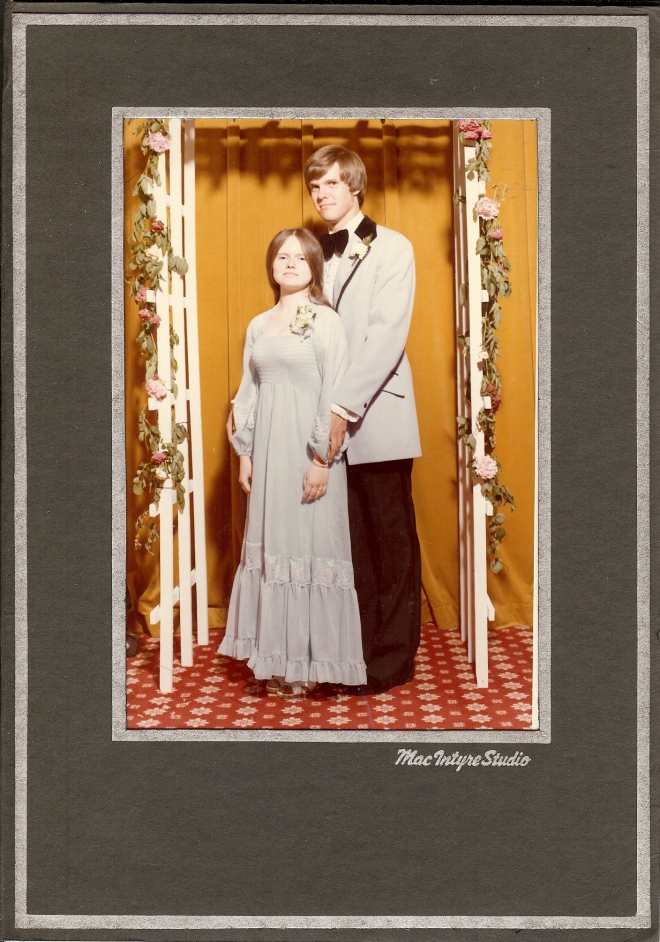 Robin is one of those very committed friends who has been a close chum for 46 years.  Though we broke up and never got back together, we’ve remained lifelong friends.  Her commitment to our friendship has never wavered.  She has been through a lot of health issues and nearly been lost to heart issues that began with a virus infection.

She is a tough survivor and wonderful friend.

I’ve lived in the Southern California desert for 26 years and I’m feeling that wanderlust thing again.  Yet, I am 64 and not feeling it when it comes to moving.  You know, the idea of packing up a house and leaving a place you’ve lived for a third of your life.  Been in this house 20 years—the longest I’ve lived anywhere.  I came to Los Angeles for a career opportunity approaching three decades ago.  I had a five-year plan to gain experience and wound up staying.  Been through two layoffs—the joys of the instability of the publishing industry.  I never wanted to live here to begin with because—well—I am an East Coast boy and always will be.  I like exciting weather.  Southern California doesn’t have that.  If you don’t like the weather in California, stick around, it will be the same.  Perpetual sunshine all the time…

Expecting rain?  Forget about it. 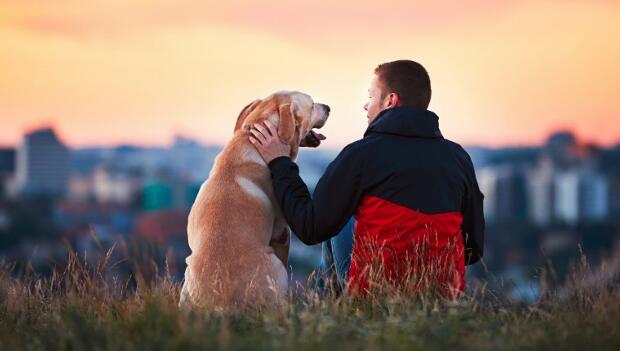 In a strange sort of way, Los Angeles and the surrounding desert lands have become home, due mostly to the people I’ve known and bonded with in the three decades I’ve lived here.  It will be emotionally hard to leave So’ Cal’ when the day comes because it’s always hard to say goodbye.  Instead – it is best to say “so long…”

What about you?  What’s your story of friendship?