Do you remember the times friends cheated playing board games or skipped a base in the Great Neighborhood Kickball Challenge?  Perhaps a buddy of yours got a new bicycle—a 10-speed English Racer with all the trimmings and a generator light—and you were stuck with a low-buck one-speed coaster brake special.  The nerve of it all.  Heck, I’d run home and whine on my mother’s knee about whatever wasn’t fair that day.

She said, “Honey, life’s not fair and never will be…”

Did you ever grow worn out hearing this drivel again and again from your elders?  Seemed so pointless.  Parents just didn’t understand and were never going to.  But maybe you didn’t understand quite yet…  Your folks surely did.  They grew up in The Great Depression and went through a world war.  Our whining, pissing and moaning was laughable to them because we surely had it better than they did.  We had it good.  When we were kids growing up in the fifties and sixties, we didn’t understand Mom was right—and so was your father in case that didn’t work and you decided on Option B.

Life isn’t fair.  The only fair things in life are birth and death.  Even these elements leave me in doubt about what’s fair.  Some of us experience traumatic births with a lot of complications, all of which we would never remember.  Death really isn’t fair either.  Some of us die in horrible head-on collisions, in a fire, on the wrong end of a gun, a plane crash, or falling off the roof of a house.  Others of us will go peacefully in our sleep with no memory of that massive heart attack or stroke.  Now that isn’t fair – especially if you died being hit by a car.

Confound it those tiresome things our parent used to tell us.  Some of us had very supportive parents who stood by us through a lot of foolish ideas and failures.  Others of us were parented by doom, “Honey, don’t you try that…” and “I don’t know what you’re ever going to do…”  Good grief!!!  Why even get out of bed!!! 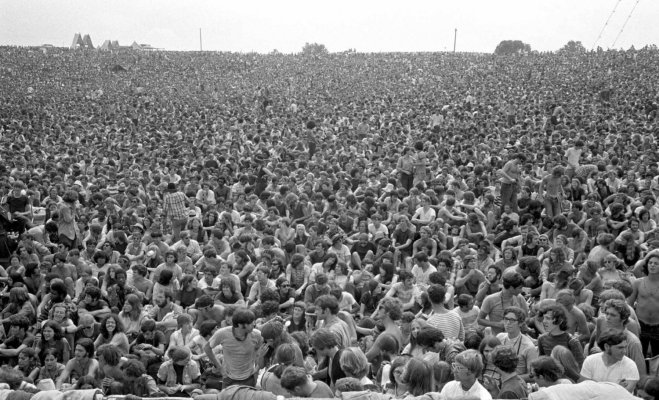 I was raised by loving parents and grandparents, however, endless doom and gloom.  My mother and grandmother were fine people.  They loved me to death.  However, they were just afraid of everything.  Couldn’t even go outside and watch a good storm because you’d be struck by lightning.  “Get in this house, you’re going to get killed!!!”  My mother was always big on “You’ll catch your death of cold!!!” and “You’re going to break your neck!!!”  Anything I wanted to do led to their overprotectiveness and “Jamie, don’t you try that…”  However, I had to go out there and try it, whatever it was, and learn it worked or it didn’t.  I always took pleasure in trying something that wound up a smashing success, then, doing the best I could to rub their noses in it.  When they didn’t respond or I got a “That’s nice, honey…” I had beaten them at their own game.

I thought I could teach the teacher.

What I failed to acknowledge was, my elders had something I didn’t—experience.  They knew, more or less, what worked and what didn’t.  My dwelling on what was fair and unfair was pointless and they knew it.  They’d been to the University of Hard Knox and I barely understood which side of the bed to get out of.

In 2020, we’re finding how unfair life can be.  COVID 19 is a good example.  I’ve had long-time married friends who lived in the thriving community of Escondido, California just north of San Diego.  When COVID 19 began to unfold in March of this year, they both caught this disease and became very sick and in the hospital.  They were the only people in Escondido at that time who had it.  Bob died in three days—a shock for all of us who knew him.  He’d been a successful airline captain and automotive historian.  He was a perfectionist.  His wife, Joyce, a lovely lady who survived COVID.  This is one of the best examples I can think of fair versus unfair.  Bob and Joyce had everything going for them.  They lived the good life and were very responsible people.  COVID plucked a very healthy man from the planet in days.  Years earlier, their son was killed in a motorcycle accident.  Let’s talk about unfair.

Moore, Oklahoma has been devastated by EF-5 tornadoes repeatedly since 1999.  A neighborhood flattened and eliminated by insane winds—yet one home remains standing amid the rubble untouched.  Fair?  How did one family dodge disaster when everyone around them lost everything?  This could never be viewed as fair.

An MD-80 airliner crashed on takeoff in bad weather and the result of pilot error.  Some 148 on board were killed along with two on the ground.  One little girl survived.  Fair?  How did she manage to escape when so many others died?  In truth, it just wasn’t her time.  She was meant to go on somehow.

Take the humble slot machine for example.  Dozens of people visit that machine and walk away empty handed.  One disheveled schmuck walks up, inserts his debit card, pulls the lever and walks away with $50,000.  Would you consider that fair or fate?  Las Vegas is the best example I can think of when it comes to fair versus unfair.  One person loses to the house, which always has the advantage, while the next guy strikes it big and walks away with a down payment on a new Lincoln.

Such is life and the game of fair.

Perhaps you could write this off to dumb luck or fate.  Depends on how you look at life.  Some days, you get the elevator while others you get the shaft.  Wish I’d thought of that saying first.  Now that’s not fair.

My mom would agree…

2 thoughts on “Fairness and What Will Never Be…”